An estimated 60% of cancer patients experience fatigue, either from the disease itself or as a side effect of treatment. Indeed, much of the diminishment in quality of life among cancer patients can be attributed to constant fatigue. Treatment is different for different people, and doctors take into account many factors when determining a course of action. In addition to traditional therapies, such as hematopoietics, antidepressants, corticosteroids, and psychostimulants, Modafinil may be an option. Studies show it can help a lot of people. 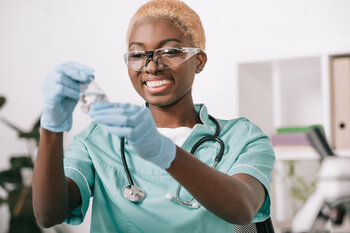 Occasionally, a reversible cause, such as anemia,"is discovered, and with treatment the patient experiences significant improvement. However, when several factors account for the fatigue, doctors often used a multimodality approach. Provigil (modafinil) may be warranted." At the 2008 American Society for Clinical Oncology meeting, the results of a large study were presented, showing that Provigil was able to help cancer patients with severe fatigue. Those with more moderate fatigue got no improvement from the drug. In a more recent study in Germany researchers concluded that modafinil's ability to improve brain skills and alertness are worth pursuing for cancer patients.

Despite its widespread occurrence, fatigue is seldom addressed in by doctors and the field of potential treatments is still very limited. In addition to Provigil, methylphenidate (Ritalin) is sometimes considered. Low doses of steroids, such as dexamethasone and prednisone, are also employed. A study of Ritalin found it no more effective than a placebo in relieving cancer fatigue.

One common problem in cancer treatment is "chemo brain", which is when people undergoing chemotherapy cannot think straight. The chemotherapy drugs sap their mental energy. More on Modafinil and Chemo Brain.

From the National Cancer Institute:

Fatigue is among the most commonly reported symptoms of patients with cancer, with prevalence exceeding 60% in many studies. It is among the most distressing symptoms associated with cancer and cancer treatments because it substantially disturbs patients' quality of life and ability to function optimally on a daily basis. Although the development of this condition has been associated with a number of factors, its etiology remains poorly understood. Important elements to include in any definition of cancer-related fatigue include its pervasiveness, persistence, detrimental effect on quality of life, and its inability to be relieved by rest or sleep. Several validated questionnaires can be used to measure fatigue in patients with cancer, and research efforts are currently focused on ways to distinguish it from depression with which it shares many symptoms. All patients with cancer should be evaluated for fatigue, and treatment options should be considered for those who are experiencing excessive levels of fatigue. Treatment should be individualized according to the underlying pathology when a specific cause has been identified (e.g., anemia, sleep disorder, depression, or metabolic disorder). Nonspecific therapies may be useful in short- and long-term cancer-related fatigue management in many patients. In addition to older therapies, such as hematopoietics, antidepressants, corticosteroids, and psychostimulants, the effectiveness of the new wake-promoting agent modafinil is currently being studied. A more thorough evaluation of the various therapeutic options is required to better define their efficacy and safety profiles in this patient population.

Although fatigue is one of the most prevalent symptoms in cancer, to date no trials are published on the use of psychostimulants as a treatment for fatigue in people with cancer. The support for their use arises largely from clinical anecdotal experience.[5] Psychostimulants (caffeine, methylphenidate, modafinil, and dextroamphetamine) given in low doses are useful for patients who are suffering from depressed mood, apathy, decreased energy, poor concentration, and weakness. Extensive clinical experience with cancer patients indicates that psychostimulants promote a sense of well-being, decreased fatigue, and increased appetite.......

Insomnia is more prevalent in cancer survivors than in the general population. Research in cancer-related fatigue is in its infancy, and the medical profession is still trying to figure out both pharmacologic and nonpharmacologic treatments. Provigil may be part of the answer, and may be one of the better tools in the arsenal for attacking fatigue right now. The federal government is funding research into modafinil for improving the quality of life of cancer patients.