There are a myriad of treatments for depression. Modafinil is not a common medicine
for depression, but it finds some use. The effect of Modafinil on the brain seems to help many depressed patients' sometimes doctors use Provigil in conjunction with an SSRI medicine. This is for clinical depression or dysesthesia.

For bipolar depression different drugs are employed, but there is also interest in adding stimulants and Modafinil has been tried. Talk to your doctor about this.

A Stanford University study showed that Modafinil imay be a “useful and a well-tolerated adjunctive agent to standard antidepressants in the treatment of major depression.” More recently a Vanderbuilt University study found that modafinil may have "general mood-elevating effects" and decrease feelings of anxiety. A University of Alabama study concludes "the use of modafinil for the treatment of residual fatigue is not recommended" although it recommend further study.

A 2007 report in the American Journal of Psychiatry found that modafinil had a response rate of 44% in patients with bipolar depression, and the authors state this rate is comparable to those in other studies. They call for larger studies to get firmer results. A 2009 German study found subchronic modafinil could be useful for treating cognitive residual symptoms in people with depression. 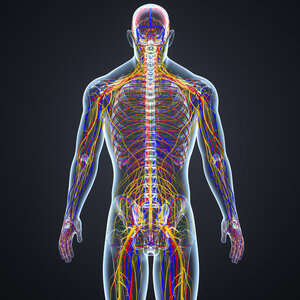 A paper by S. Nasr published in the Annals of Clinical Psychiatry suggested that Provigil may prove useful as an adjunctive treatment in depressed patients. He found statistically significant improvements in mean Carroll Depression Rating Scale scores and Clinical Global Impression of Severity ratings amoung patients in his study

Some of the participants found that treatment with modafinil rapidly improved wakefulness, fatigue, and everyday functioning. The modafinil did not seem to negatively interact with antidepressants and other medications.

A 2006 study at Duke University showed Provigl was effective in reducing the symptoms of atypical depression during 12 weeks of treatment.

Symptoms of depression of include energy loss, fatigue and anxiety. Provigil helps many people with those problems. Some doctors and patients have found, anecdotely, that Provigil alone can effectively treat depression, although it is more common for depressed people under treatment to take a conventional antidepressant along with the Provigil.

SSRI antidepressants include Lexapro, Paxil, Celexa, Zoloft, and Prozac. For some people, these drugs don’t work, so doctors are always looking for alternatives. For others, they do work, but they have side effects.

Provigil has established a place in treatment of depression, and both clinical studies have proven its efficacy and practitioners have seen real results in patients.

Related: Modafinil being studied for alcoholism

And for pathological gambling

Antidepressant-like effect of modafinil in mice: Evidence for the involvement of the dopaminergic neurotransmission 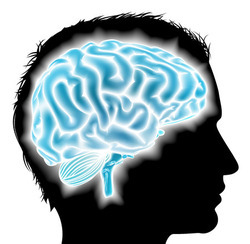