This website is a non-biased information source for the medication modafinil. We provide information on this pharmacological cognitive enhancer.

Modafinil is a wake-promoting medicine. Enthusiasts say modafinil allows them to stay up longer without getting the psychotic side effects of sleep deprivation. Originally approved for the treatment of excessive daytime sleepiness associated with narcolepsy, today modafinil is the only FDA-approved prescription medicine for treatment of hypersomnias and excessive sleepiness associated with OSAHS and SWSD. It is also used by healthy people looking for a cognitive boost. Authorities consider modafinil the standard treatment for sleepiness in nacrolepsy. And many people take it off-label.

It was first sold in the U.S. under the name Provigil® by Cephalon, Inc. (Cephalon is now part of the Israeli company Teva). Other names for the drug include Nuvigil®, Modavigil®, Vigicer® and Alertec®.

Does modafinil make you smarter?

Yes. In some ways. Aside from its medical uses, modafinil as a cognitive enhancer in healthy people. Psychologists have shown people who take it do better on tests of digit span recall and mental digit manipulation. It also lets people concentrate more intensely and have the mental energy to resist distraction. There are many forms of intelligence that even modafinil’s most ardent fans don’t claim it enhances. And it is NOT a miracle drug.

For most people Modafinil doesn't impair the most core parts of the personality. But because it affects the body’s nervous system, it has the potential to affect thinking and motor skills.

Modafinil is structurally different from other central nervous system stimulants. Its mechanism is unknown but is different from traditional dopaminergic and catecholaminergic-enhancing stimulant drugs. Modafinil is now being classified as a “Guanfacine extended release (GXR) dopamine reuptake inhibitor”

The United States FDA has classified modafinil a Schedule IV drug (low abuse potential). It is a prescription drug. It is a stiumulant and sometimes called a eugeroic. Eugeroics means "good arousal".

Who should use it? Modafinil is only approved for use by people over the age of 16 by the US Food and Drug Administration.

More on the risks posed by modafinil.

Is just being sleepy a sleep disorder? No, but it is really up to your doctor to determine when you have a disorder, given all your symptoms, history, and other medical data. There has been a proposal to classify "subwakefulness syndrome" as an official sleep disorder. This means people aren't as awake as they want to be. But subwakefullness syndrome has not yet gained acceptance by the wide medical community. This is also called "subvigilance syndrome."

Is it safe to use? Modafinil was approved by the U.S. Food and Drug Administration (FDA) in 1998. It has side effects and is not tolerated by everyone, but is generally considered safe by the medical community. A meta-study (review and summary of other studies) by researchers at the University of Oxford and Harvard Medical School in 2015 found risks were small. The study also found modafinil improved several measrueable areas of cognitiion, including planning and decision-making.

Do you need a prescription for modafinil? 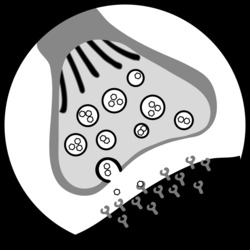 Yes. Modafinil is a controlled substance and can only be obtained with a doctor’s prescription.

Is this all so much hype?

There certainly has been a lot of stories in the popular press in recent years about modafinil and other "smart drugs" - press that might lead readers to think these drugs are more widely used than they are. The Public Library of Science had an article called: Smart Drugs “As Common As Coffee”: Media Hype about Neuroenhancement

Modafinil acts on areas in the brain having to do with the sleep/wake mechanism. It increases alertness in sleepy individuals, but probably not to normal alertness levels. Mofafinil is rapidly absorbed the body and it’s at its most effective within two hours of ingestion. When people take modafinil the histamine levels in their hypothalamus increases. Histamine is a neurotransmitter associated with wakefulness (hence why antihistamines make people sleepy.) Modafinil also appears to influence dopamine levels or distribution in the brain, which is why some are concerned about possibilities for addiction.

Millions experience excessive daytime sleepiness associated with narcolepsy, obstructive sleep apnea/hypopnea syndrome (OSAHS),and shift work sleep disorder (SWSD). Modafinil might help them feel more awake at the times when they need to be awake and may improve their concentration. It can be used as an adjunct with CPAP treatment for people with apnea, and enhance the quality of their waking life.

Sleepiness significantly increases the potential for compromised attention, impaired cognition, lengthened reaction time, and negative mood. The National Sleep Foundation (NSF) believes that sleepiness should be recognized as a serious signal that is understood as a risk factor and precursor to accident, injury, destruction and death. Two-thirds of all Americans don’t get enough sleep, according to the NSF. For those with critical attention responsibilities, including truck drivers and people who work night shifts on a permanent or rotating basis, sleepiness can make them more prone to accidents. In contrast, optimal alertness is a fundamental requirement for successful and safe functioning in our society. If we can reduce society-wide sleepiness we might be able to reduce accidents and injuries.

Astronauts use Modafinil. Specifics are not public, but a paper published by the Canadian Medical Association Journal says modafinil "is available to crew" to improve crew performance on the International Space Station.

A German study published in 2010 found both modafinil and methylphenidate (Ritalin) were effective in improving memory, but only modafinil increased wakefulness and executive brain performance. The effects of modafinil faded as sleep deprivation increased, even after multiple doses.

A Different Kind of Stimulant

Unlike caffeine and older prescription stimulants that affect the entire central nervous system which in turn leads to jitteriness, insomnia and prolonged bouts of sleep to make up for lost sleep, Modafinil only seems to affect the part of the brain that keeps you awake. A person’s sleep patterns will usually revert back to normal after the effects of modafinil wear off. Clinical trials have also demonstrated that modafinil is less likely to cause nervousness or withdrawal-like symptoms.