The FDA approved Modafinil first for narcolepsy and later for shift work sleep disorder (SWSD). You might ask: is “shift work sleep disorder” a real condition, or just mean somebody has trouble sleeping when they work swing shift or graveyard shift? The sleep medicine establishment has defined SWSD as a real disorder, but it remains to individual doctors to diagnose the condition. It could be argued that this disorder is vastly underdiagnosed because people with it don’t think to talk to a doctor about it. More than 6 million Americans regularly work night shifts or are on a rotation that moves them into the night shift often, so SWSD is a widespread condition and can increase the risk of health problems.

Like many other sleep disorders, SWSD is often best addresses by behavioral changes rather than medicine. Napping before the night shift helps many people, as does taking breaks during the shift and getting plenty of sleep on days off. Exposure to bright light can also help people stay awake. In severe situations, with the consultation and approval of a doctor, workers may seek out Modafinil, which is a stimulant. The advantage of Modafinil over street drugs is low side effects. And it works. Controlled scientific studies have shown that moadinil reduces sleepiness for shift workers. A study published in the New England Journal of Medicine found modafinil could help very sleepy pople with SWSD although many patients still had residual sleepiness, so the drug was not a panace.

Anecdotal evidence also indicates that Provigil helps many people. The medicine helps in activities for which alertness is important (e.g. working, driving), overall health, and better memory. A typical regimen calls for the person to take the pill about an hour before alertness is needed. Blood concentration peaks in 2 to 4 hours. One advantage of Provigil is that people can still get to sleep after their shift is over.

A task force of experts put together by the American Academy of Sleep Medicine issued a guideline in 2007 for doctors treating patients with sleep work disorder. They said modafinil could be prescribed to such patients.

There is a a direct correlation between excessive work and sleep problems. This has been found in epidemiological studies.

Night work – workers on the night shift – have been the topic of many scientific studies. People of concern here are work into the night from the day, work two jobs or perform any type of job labor between 10 p.m. and 6 a.m. The Cleveland Clinic labeled this problem as Night Work Sleep Disorder. Symptoms of the disorder are difficulty concentrating, headaches and loss of energy. Consequences of the disorder are increased accidents on the job, increased work related errors, mood problems (irritability), and increased sick leave from work.

Excessive work has also been found to interrupt sleep patterns and cause sleep problems. Researchers found that people who are constantly “on the go” and travel a lot suffer greatly from jet lag. Problems ranged from going to sleep to problems with waking. Doctors based the findings on the diagnosis on symptoms, using information from a sleep log and sleep laboratory testing. The study authors concluded the effects of excessive work were similar to those of jet lag when the individual flew across two time zones. Under continuously excessive work, the body does not have a chance to develop regular circadian patterns and sleep problems result.

A study published in the U.S. National Library of Medicine concluded that excessive work and sleep disorders have a direct correlation. A sleep study carried out on individuals that worked over 60 hours a week at a veteran’s hospital. The report concluded that over 76% reported sleep difficulties including problems falling or staying asleep, falling asleep at inappropriate times, excessive total sleep time, and abnormal behaviors associated with sleep. Abnormal behaviors included sleep walking and sleep tremors.

A large study published in 2008 found that 85.7% of people aged 15 years and over reported suffering from at least one sleep problem over the previous 12 months caused or worsened by jobs and work overload. Sleep deprived people suffered from more work-related accidents, muscular problems, back problems, concentration problems and heart disease. Males seem to have a higher incidence rate of work-related accidents due to the sleep problems than women. Females seem to have a higher incident of heart disease. The doctors involved in the study concluded that these health problems were directly related to sleep problems caused from occupational overwork. When asked if they believed that their sleep problems were caused by excessive work, only 58.6% reported this to be their belief. 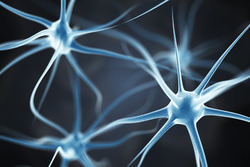